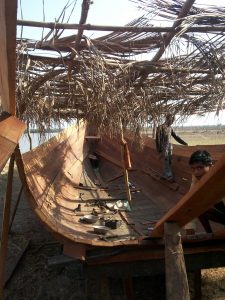 The evolution in fishing technologies, interventions and innovations along the national coastline offers insight not only into the history of India’s fisheries but also a roadmap for the formulation of better marine conservation laws and regulatory frameworks for fisheries management. For instance, the ubiquitous availability of ready-made fishing gear has rendered the activity of localised fishing net-making obsolete. Similarly, increasingly sophisticated innovations and technologies such as mechanised/ motorised boats and nets with smaller mesh sizes intended to target certain fish species and/or ensure greater fish yields, have all but wiped out specific fish habitats and populations in large swathes of the coast, adversely impacting the viability of small-scale fisheries in these areas.

In 2011, Dakshin conducted a study in various fishing villages in the coastal Ganjam District of Odisha to understand the rationale behind the adoption or rejection of new fishing innovations and practices over others and the challenges to fisheries management due to availability of new technologies. Simultaneously, we assessed the informal regulations governing the adoption and usage of new fisheries innovations and the willingness of Odisha’s small-scale fishers to adapt to changes in their livelihood practices. We also examined the interplay between technological determinism and the potential to regulate unsustainable fishing practices. 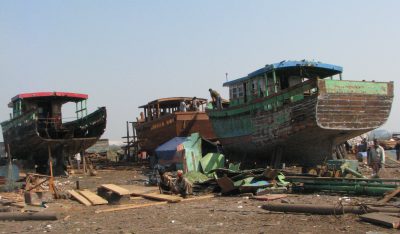 Our study found that small-scale marine fishing communities exclusively reliant on fishing for their livelihoods, were more likely to experiment with cheaper and easily-available newer technologies, in attempts to offset decreasing catch per unit effort (CPUE) and rising and operational and fuel costs. We also found that less adventurous fishers or those constrained by social or economic pressures were increasingly marginalised and worse off in the face of competition from fishers adopting new innovations.

The findings from our study were presented at the International Conference on Small-Scale Fisheries Governance: Development for Wellbeing and Sustainability organised by Too Big To Ignore (TBTI) in association with Centre for Economic and Social Studies (CESS) in Hyderabad in December, 2013.