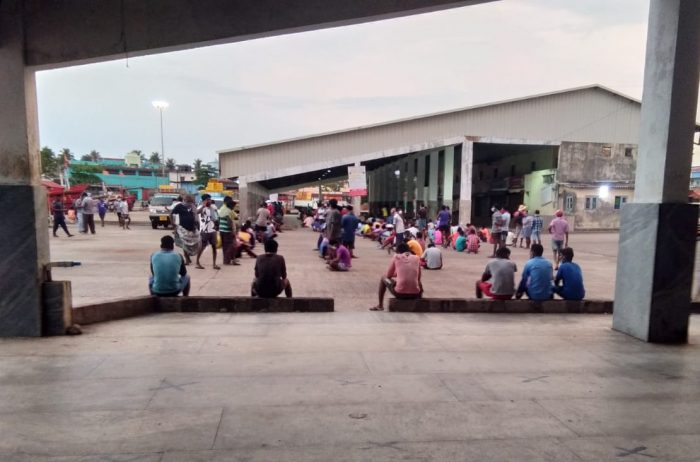 Engaging with the media has been a crucial part of bringing attention to the struggles faced by the fishing community across coastal India. Over the course of the lockdown Dakshin staff provided journalists with news from the field, a breakdown of the implications of various policy decisions, as well as connected individuals and unions to journalists to tell their stories. Dakshin’s observations of the impact of the lockdown on fishworkers was highlighted through articles in The Caravan, Hakai Magazine and IndiaSpend.

Issues faced by stranded fishers brought to light by local partners, were also collated, verified, and press kits were sent to media publications to amplify. This proved crucial with the case of M. Raju, the 22-year-old fisherman from Andhra Pradesh who died of a cardiac arrest in Veraval, Gujarat. Mobilisation to amplify this issue happened in three stages: 1. Collating a press kit. 2. Working with partners to pool in networks of journalists to write to (including the list maintained by Dakshin’s public outreach team) 3. Writing/following up with said contacts. Thanks to the scale of the outreach, the news of the Gujarat fisherman was covered by more than 10 media houses, with five of them working on additional follow up stories. This included The News Minute, The Hindu, The New Indian Express, Times of India, Al Jazeera, IndiaSpend to name a few. Within a day the Andhra Pradesh and Gujarat government announced they would look into the conditions of fishworkers stranded in Veraval and a week later over 4000 AP fishworkers were repatriated from Veraval and other harbours in Gujarat. Similar media engagement efforts are currently being extended to several other cases coming out of  the West Coast of India.

The Dakshin team has also been writing popular articles to raise public awareness, several of which have already been published. These stories highlight the plight of fishworkers suffering under lockdown, and brings an insider perspective as researchers, and as persons working on relief efforts. Some of the published pieces have found a home in Scroll, The Bastion, Sanctuary Asia and Youth ki Aawaz. Our most recent publication is the analysis of impact of the PM-MSY scheme on marine fisheries.

We would like to thank Traditional Fish Workers Union for the above image.