By Aarthi Sridhar and Madhuri Mondal 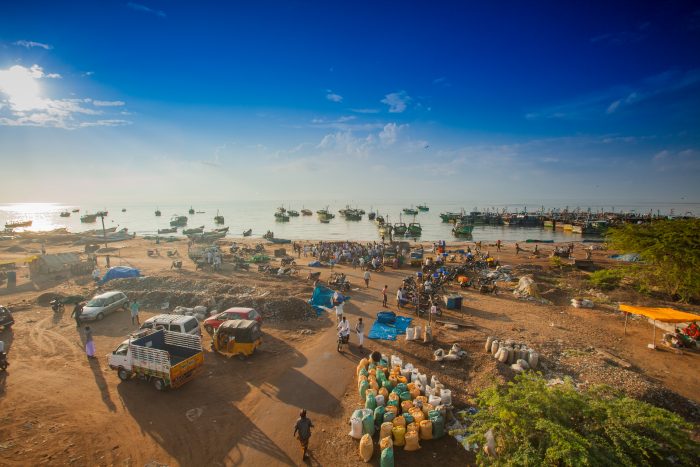 Most individuals and organisations involved with social change in India find themselves embedded within multiple networks and coalitions of the country’s vibrant civil society. Since our inception in 2008, Dakshin has built up such engagement to actively facilitate and strengthen civil society networks comprised of coastal community-based organisations and fishworker groups, but also disciplinary experts from law and natural science. We play a secretariat function for the National Coastal Protection Campaign (NCPC), and have worked in close collaboration with the National Fishworkers’ Forum, a nation-wide collective of fishworker unions, and facilitated the working of the Turtle Action Group, a nation-wide network of organisations and individuals involved in sea turtle conservation in India. Aside from these more sustained formations, we have been involved in smaller and shorter duration campaigns that temporarily brought together multiple individuals to respond quickly to unplanned challenges – responding to revisions in coastal laws and policies, engagement in environmental clearances of projects in sensitive coastal areas, and providing other forms of quick support for members of the coalition, fund raising, writing, organising etc. And in the course of all this, we’ve made partners and friends for life!

The national lockdowns declared since 24th March 2020, led to an unprecedented impact on fishing communities – in particular on thousands of migrant fishers who leave eastern Indian villages to work on the mechanised fleets of the west coast. The severe official mobility restrictions meant that migrant fishworkers were left stranded in across coastal landing sites and harbours with poor access to food, basic amenities or even contact in the initial weeks. Fishworker leaders circulated stranded fishers’ contacts and information across the networks to our researchers who in turn were fully engaged in providing immediate aid, relief and assistance.

By the first week of April, having reached out to multiple fisher unions within national networks, we recorded over 23 cases of groups of migrant fishers stranded across harbours and landing centres of the Indian coastline. Across the coast, members of regional environmental groups and fisher unions helped us obtain first-hand information on the conditions of stranded fishers. Over the coming weeks, each day, these local contacts laboured selflessly to arrange food, water and help resolve the unhygienic living conditions of fishers at the harbours, all in coordination with local state officials. Our researchers built databases, shared information with fisher unions, drafted letters to government authorities and helped connect multiple disparate nodes, bringing one network in touch with another. Through sustained engagement with these contacts over weeks, we eventually facilitated communication between district officials in home states and those in host states, as well as communication between fisher unions on behalf of their respective constituencies.

The largest groups of migrant fishers on our case list numbering a few thousands, were spread across multiple harbours of Gujarat on the west coast. Our first-hand information on stranded fishers in Gujarat came from the Traditional Fish Workers Union in Andhra Pradesh as there were 4,000 fishers from this state stranded in the Veraval harbour – with the country’s largest mechanised fishing fleet. Here, workers had insufficient drinking water and lacked basic sanitation facilities. We initiated careful conversations with boats owners and their associations, district administrations in host and native states, small scale fisher unions, other independent activists and journalists to highlight these issues. The situation here worsened with the sudden death of two fishers, a tragedy which added further urgency to our efforts. Eventually, through collective efforts, 4000 migrant fishers were provided 56 buses to undertake an arduous journey of over 50 hours to return home to Srikakulam district, in the state of Andhra Pradesh. Repatriation during lockdown was only possible because of coordination between Dakshin staff, fisher unions and their leaders, food and labour activists, journalists, political representatives, state officials and fishers themselves. After countless phone calls, numerous letter and e-mail exchanges, some sleepless nights and waking up to panic calls from fishers at state border checkposts, we were finally granted a breather when Veraval’s  migrant fishworkers finally reached their home state. Our teams continue to be in constant touch with the fishers, officials and union leaders to monitor and help resolve emerging problems. None of this would be possible without a conscious engagement with wider networks.

Through this lockdown response, we drew on personal resources and assistance of a number of coalitions that crisscross India’s geographies and make for its public sphere. A deliberate decision was made to work with actors who were non-communal, inclusive and whose aim was to support progressive social change on questions of access to food, health and sanitation, labour rights and right to information. This included journalists and India’s emerging philanthropic networks. Many network partners, including NGOs like WWF-India, ICSF and individual philanthropists made valuable and generous monetary contributions towards relief efforts. 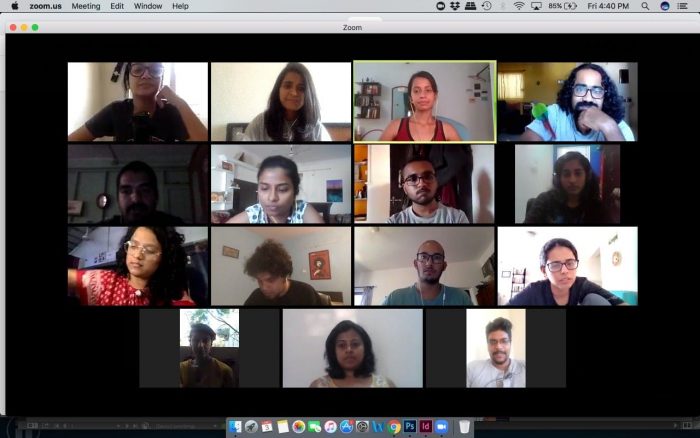 Finally, working through these networks means bringing into play numerous communication technologies. We have not been alone in our networks and during these lockdowns; rather we have leaned heavily on our digital companions – a motley crew of computers, laptops, smart phones, shaky internet networks and a range of apps like Google Hangouts, G-Drive, WhatsApp, Signal, Slack and Zoom. We have been supported by these communication technologies, and have come to see their role in mediating civil society action under conditions of severe immobility. Our researchers have been attentive to the role of these technologies as partners in networking, sometimes not always cooperative and with rising concerns around digital hacking and surveillance.

The work is far from over. Our partnerships with people, those we have been able to help and those who helped us provide relief, has given us a new respect for the quiet power of networks in building society.

We would like to thank Sukesh Viswanath, Traditional Fish Workers Union and Manini Bansal for their images, appearing in the order of their names.