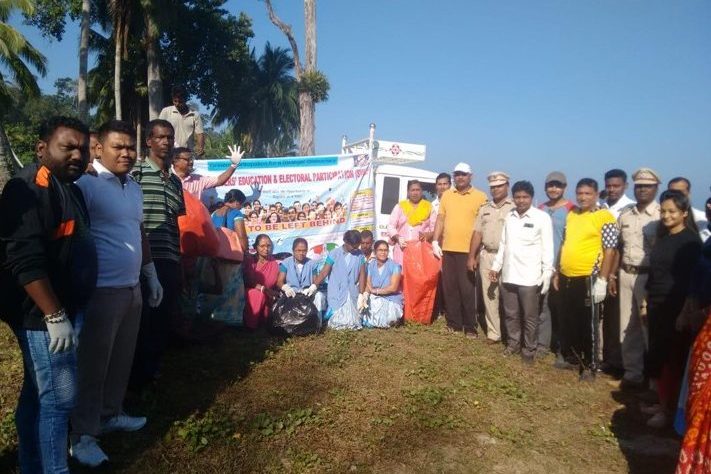 By Tanmay Wagh and Madhuri Ramesh

The Andaman and Nicobar islands are at the centre of multiple developmental activities with the tourism industry forming the major thrust area for economic development. With the growing impetus to tourism through subsidies, easy land acquisitions and higher connectivity, the number of tourism-related businesses have increased exponentially in the last few years. With the growing number of both national and international tourists, the problem of garbage, particularly coastal litter, has been on the rise in the islands. This problem is confounded by inadequate waste disposal mechanisms, increasing use of single use plastics, lack of awareness amongst the tourists and the logistic difficulty in maintaining the vast coastline of these islands.

Various organizations have tried bringing this problem to public notice by organizing cleanup drives at the major tourist beaches. However, the lack of cumulative efforts has led to a limited scale of operations and done little to raise the issue of litter reduction and management amongst the locals, tourists and concerned authorities.

We attempted to bridge this gap by organizing a multi-stakeholder beach cleanup in Wandoor, south Andamans on 23rd February 2019. The main aim of the initiative was to engage multiple groups in the islands such as governmental, non-governmental and local groups as well as concerned individuals to engage in a concerted beach cleanup. The larger goal was to initiate a dialogue between stakeholders to manage and mitigate the growing problem of coastal litter in the islands.

We organized the event at North Wandoor beach in Wandoor, a village adjacent to the Mahatma Gandhi Marine National Park which is frequented by numerous tourists and thus, heavily littered. The event was organized along with the Wandoor Gram Panchayat, led by the Pradhan Shri Ram Bala, and involved nearly 70 participants from various institutions. Prominent among those were the Forest Department (Wandoor, Lohabarrack and Manglutan ranges) , Fisheries Department, Wandoor Fishermen Union, ANI Police, Andaman Public Works Department (APWD), Youth Clubs (New Wandoor, Wandoor and Kranti), ASHA foundation, Primary Health Centre (Manglutan), ANET, hotel owners and individuals staying in the locality. The Deputy Commissioner of South Andamans, Shri Udit Prakash Rai, was the chief guest for the event. After contributing to the cleaning efforts, he interacted with the locals on their problems/opinions regarding coastal litter and suggested certain steps that can be initiated at the level of the Gram Panchayat. He also assured them that the ANI administration would support them by setting up dustbins and helping to manage the tourist crowds on the beach.

Participants at the cleanup site in North Wandoor 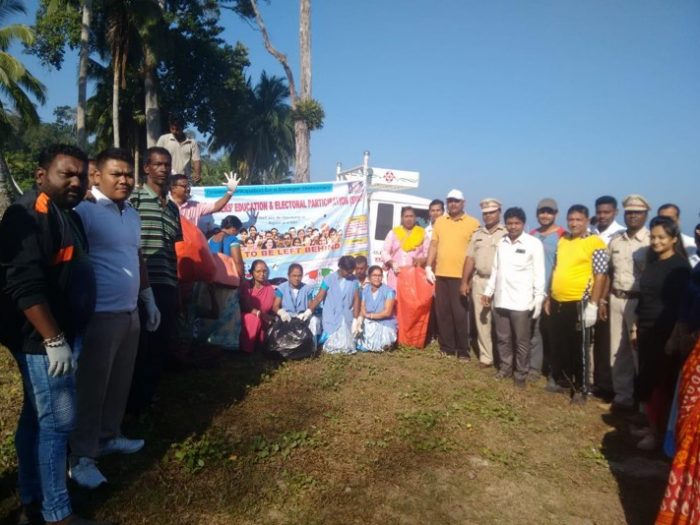 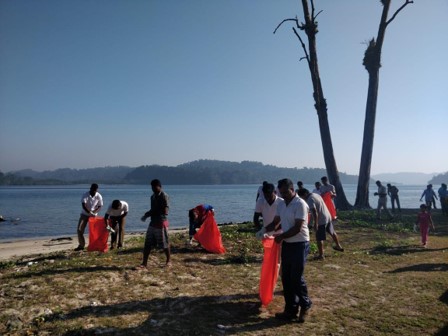 Certificates issued to the participants 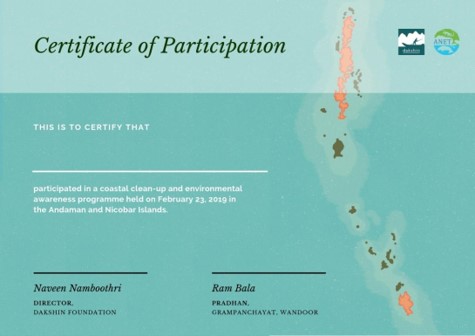