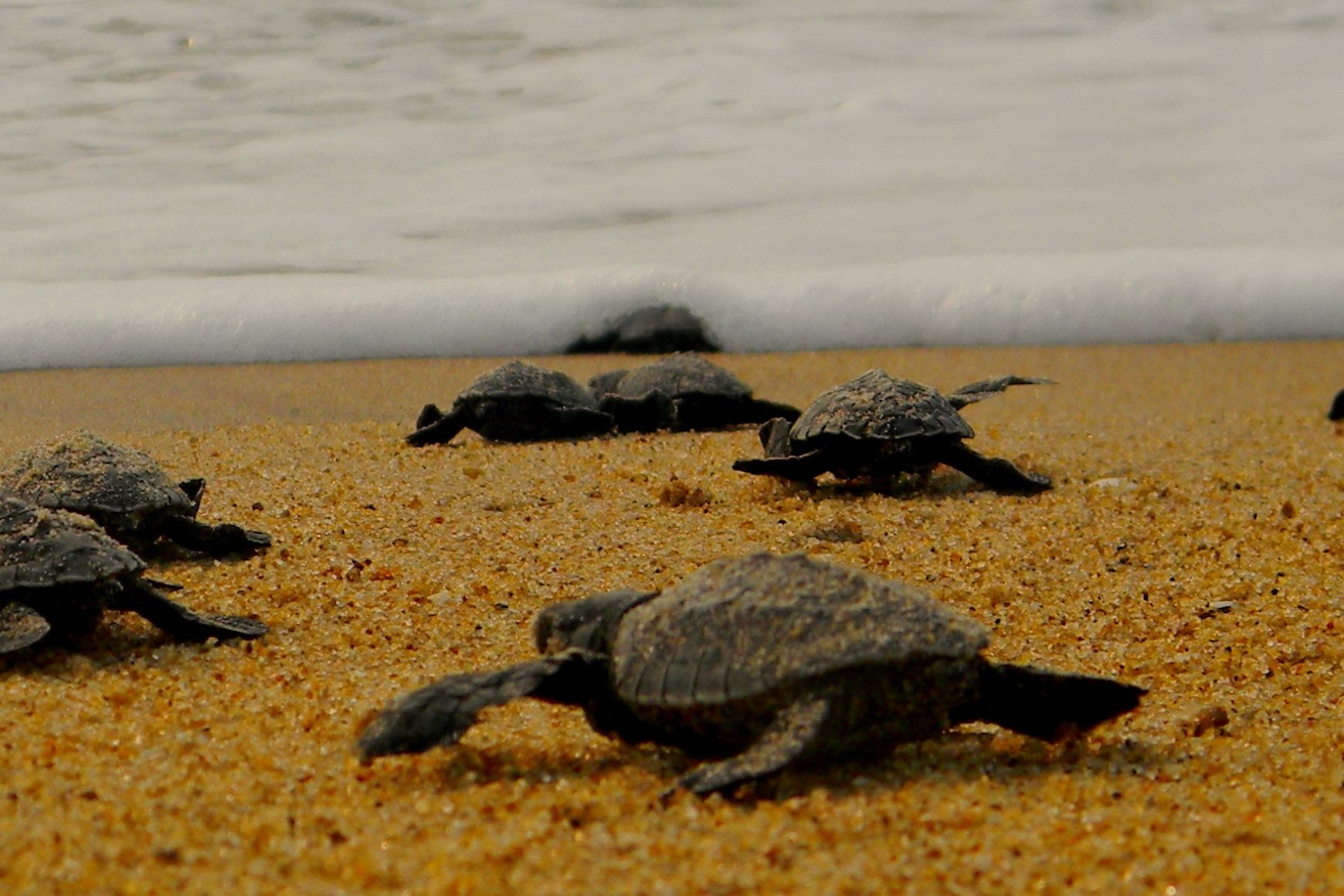 Nest environment influences various life history parameters in sea turtles such as embryonic development, gas exchange, sex determination, hatchling morphology and physiology etc. With growing sand temperatures around the world, sea turtle hatchlings face an eminent threat in the form of reduced size and locomotor ability due to high nest temperatures, leaving them vulnerable to predators on land and sea.

This study looked at the effect of nest environment, especially temperature, on hatchling morphology and fitness. A few nests from Rushikulya and Chennai were chosen as samples. In order to understand the influence of different temperature ranges, the nests were sampled across different months of the nesting season to include early, mid and late season nests. On emergence, hatchlings from each of these nests were measured for various morphology parameters such as carapace length, flipper length, neck length and scute number as well as fitness parameters such as the crawl speed, self-righting ability and righting propensity score. On analyzing the data, it revealed that temperature has a significant effect on hatchling size and locomotor performance. Higher sand temperatures led to reduced hatchling size which in turn led to lower hatchling fitness. Temperature also influenced the hatchling fitness independent of hatchling size. However, the results varied between Rushikulya and Chennai hatcheries, suggesting that there could be various site-specific factors influencing the fitness of the hatchlings.

Given the extent of influence growing temperatures could have on sea turtle hatchlings, the research will be continued during the next field season to identify site-specific factors and their interaction with temperature in their influence on the morphology and fitness of the hatchlings. Additionally, prevalence of scute abnormalities in dead embryos and its correlation with sex and temperature will be studied. This will help in determining the role of environmental factors in inducing congenital scute abnormality in hatchlings.