The demand for decentralisation of governance and inclusive policy-making has been made repeatedly by civil society organisations for several decades with only a few halting steps of progress in this direction. Today, there are both internal as well as international efforts towards recognising community participation as central to the management of natural resources. In India, few studies have attempted to investigate the utilisation of these inclusive spaces and how these spaces engage with existing systems of governance. To this end, Dakshin initiated studies on governance systems among fishing communities in Ramanathapuram district, Tamil Nadu. 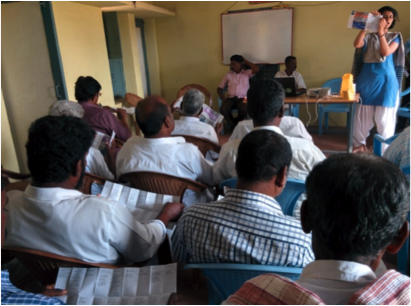 Unlike many other areas on the Coromandel coast, the fishing communities of Ramanathapuram district are socially heterogeneous with a variety of castes and religious backgrounds. While inter-caste or inter-religious friction between the local traditional fishermen has not been at the fore, the region is characterised by conflict between local and migrant fisherfolk, small-scale and trawl fishers over fishing resources, and fishers and the state over wildlife conservation laws. The diversity in sources of conflict is mirrored by the range of governance institutions that exist within these communities, namely traditional institutions such as the caste panchayats, fisher unions, the more recent Eco-Development Committees, self-help groups (set up by the Gulf of Mannar Biosphere Reserve Trust) and finally, state institutions such as government line departments. Our study enquires into existing frameworks of coastal governance and the legally mandated spaces for community participation in coastal regulation. We have conducted interviews, through which we aim to understand the capabilities and agency exercised by leaders and representatives to deal with conservation and policy related conflicts. This would provide a better understanding of traditional as well as emerging forms of leadership and representation in new natural resource governance frameworks. 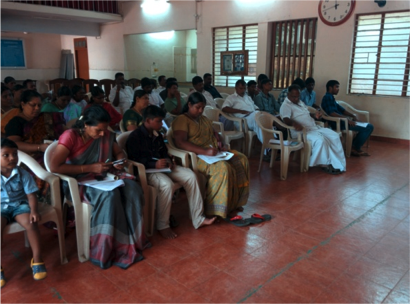 From our involvement in this region, we have found that while the traditional caste panchayat or ooru panchayat does exist, its role is restricted to issues of village life such as overseeing marriages or deaths. This is a departure from their role as seen in other, more homogenous (in terms of castes involved in fishing) districts of Tamil Nadu where the ooru panchayat also regulates and negotiates conflicts over fishing and livelihoods. In Ramanathapuram, all matters related to fishing are ­overseen by various fisherfolk unions. The largest of these is the Ramnad Fishworkers’ Trade Union (RFTU) whose members include individuals involved in fishing, seaweed collection, chank diving as well as fish vendors. The union’s main role is to regulate members’ fishing as well as negotiate with government on fisheries issues. It ensures that members receive government subsidies and aids them in times of conflict or arrest. Leaders both in the ooru panchayat and the union are democratically elected. While there is no pattern so far indicating that individuals who hold positions of leadership in the union also hold positions in their panchayat, there are definitely instances where this is seen, mostly at lower levels in the union’s elected hierarchy. However this is a question that we would like to look at more closely considering that it is probably from this pool of representatives that candidates are selected.

An initial analysis of laws operating on the coast was also undertaken to identify spaces available for community participation in decision-making (refer page on the project ‘Communicating environmental laws: development of material’).