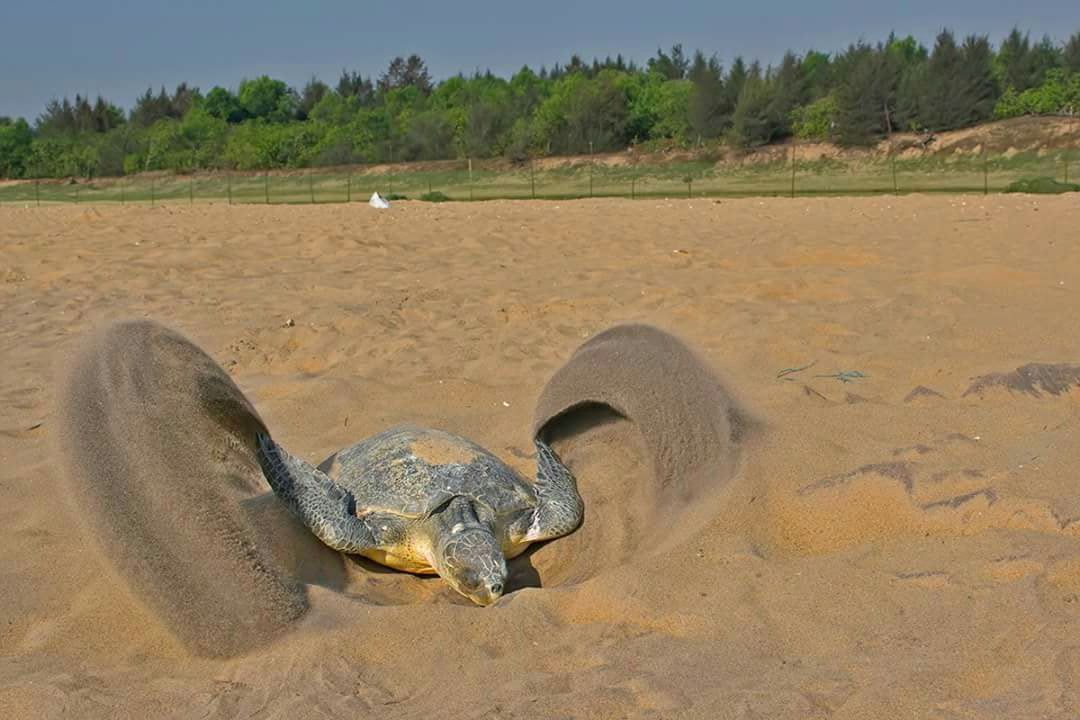 Mohit Mudliar
Studying sea turtle biology is a difficult task due to sea turtles’ way of life. Since these animals take a long time to attain sexual maturity and spend most of their lives at sea, knowledge of their life is scarce. These turtles appear on the shore only for nesting or when they are dead. Olive ridley turtles, which are the most abundant of all sea turtles, are known to feed in the deeper parts of ocean even after maturity and have no fixed areas for feeding, which makes studying them even more difficult. These turtles are known to arrive in the hundreds of thousands for nesting in a few areas of the world, an event called the arribada. We conducted a project to check if the feeding areas of turtles which participate in arribadas are different from those which nest alone/solitarily. We also aimed to study the physical and chemical properties of areas where solitary and arribada nesting takes place.

Different feeding areas can be distinguished through the way the food types are consumed and stored in the tissues of turtles, which can be studied using isotopes of different elements such as carbon and nitrogen. During the turtle nesting season of 2018-2019, we used bone tissue from dead turtles to check the stable isotopes of carbon. The tissue was analysed in a Isotope Ratio Mass Spectrometer (IRMS) for carbon isotopes. IRMS gives the ratio of the heavy to lighter isotopes of a given element. These ratios of isotopes change across feeding areas and food type, and using combination of multiple elements, we can determine if the feeding area or food type of two groups of turtles are the same or not. We collected samples from Chennai (Tamil Nadu), which have solitary nesting and from Rushikulya (Odisha), which have arribada nesting and checked if the isotopic ratios in the bones were different.

In Rushikulya, we also collected sand samples from beaches that are known to have had arribadas in the past and from beaches that only have solitary nesting. The sand salinity, moisture, grain size and slope of the beach were measured for these two types of beaches and compared. After analysis, we found some differences in the feeding area or food type for turtles from Chennai and Rushikulya. However, we only used carbon isotopes and a clearer picture will emerge after the analysis of nitrogen. For beach quality, we did not find any clear differences between the two kinds of nesting areas.

In the upcoming season, we will collect more samples from dead turtles and nesting females for stable isotope analysis. As the arribada did not take place during the previous nesting season, the data from upcoming field season can help supplement the previous years’ data and facilitate a comparative analysis. This can help determine if feeding areas are different across years and if some crucial foraging areas contribute more turtles during arribadas.