The Coastal Regulation Zone, 2011 which is the dominant policy on coastal governance in India, makes a reference to ‘traditional rights and customary uses’ of coastal space by coastal communities, but it does not elaborate on what the terms ‘rights’ and ‘uses’ encompass. Today, India’s coasts are increasingly threatened by pressures of urbanisation, tourism and industry. While some coastal habitats enjoy some degree of protection under the CRZ 2011, this protection often remains on paper. Stretches of coastal land could already be in use by coastal communities for various purposes but the lack of recognition of these customary rights prevents this aspect from being taken into account while diverting the same resource for alternative uses. Uses of coastal common land by these communities also remain hidden to actors outside the community, who could often see it as a space that is not under specific uses, whereas the same land is integral to the community’s social, cultural and economic fabric. 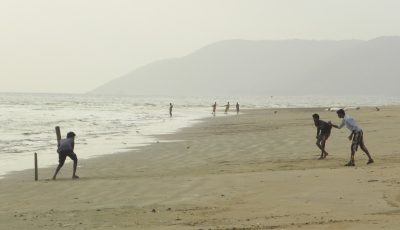 Over the last two decades, NGOs, community organisations and the National Fish-workers Forum (NFF) have been lobbying for a law that explicitly deals with fisher community rights. The Prof. M.S. Swaminathan Committee Report on the CRZ had recommended the development of a marine fisher right’s legislation along the lines of the Scheduled Tribes and Other Traditional Forest Dwellers (Recognition of Rights) Act (or FRA 2006). What is intriguing is that although two decades of lobbying led to the formulation of the first draft of the Traditional Marine and Coastal Fishers (Recognition of Rights) Draft Bill, 2009 (FRB 2009), it failed to catch the attention of the fisher community and the FRB 2009 has not been re-approached since.

As part of our work to support the security of coastal commons spaces, resources and livelihoods, we critically assessed the Fisher Rights Bill and reasons for its unpopularity. We examined the lessons from the implementation or lack thereof of the FRA in order to get a better understanding of how a future policy on fisher rights can be made more effective. We also reviewed the nature of claims and use of coastal commons including traditional governance structures and mechanisms, through a field-based study of one coastal community in Majali in Uttara Karnataka.