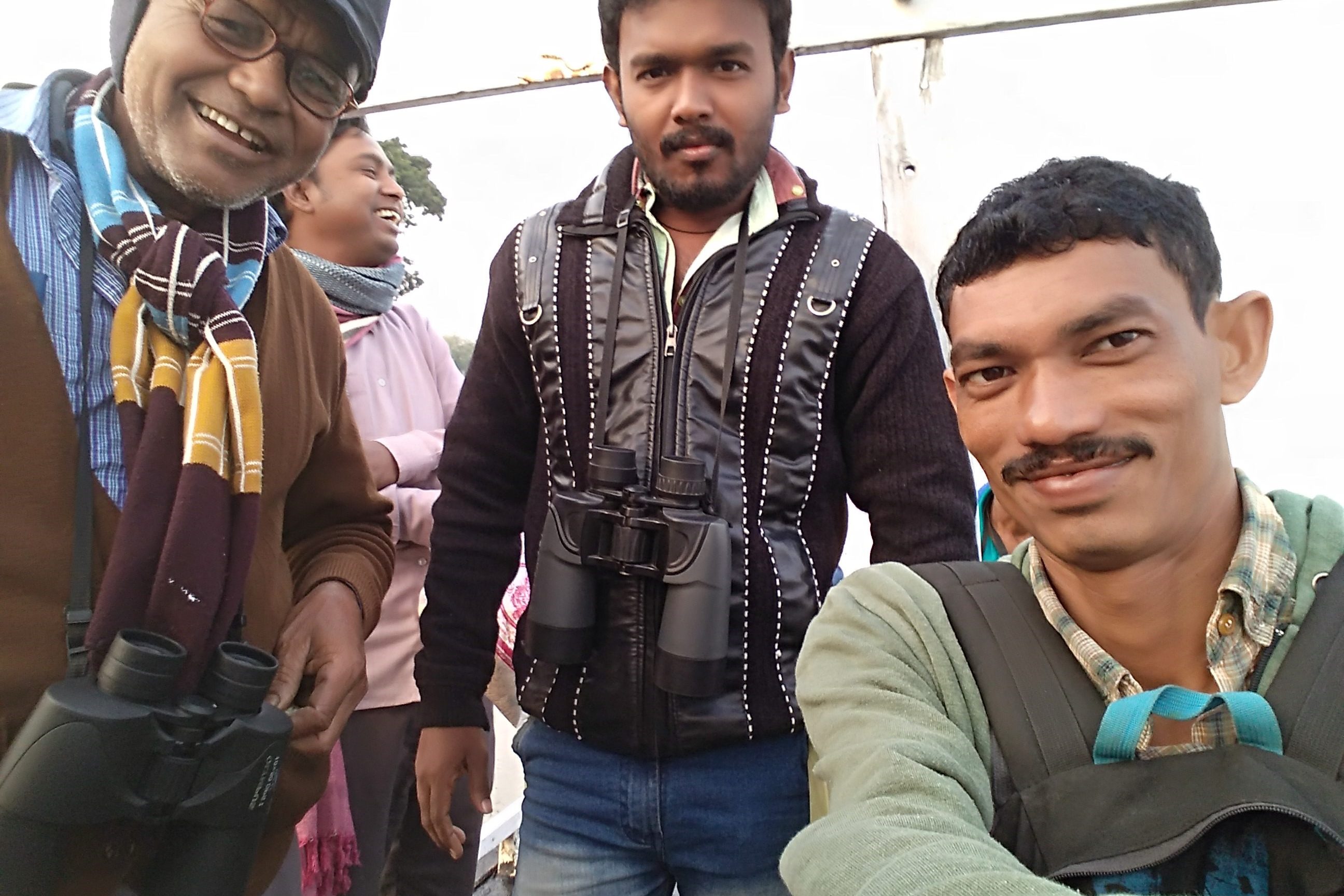 James quickly made friends with many of the participants and organisers by hanging out at the nearby chai shop. He was even invited for a game of “patti” and a drink where he also became quite attached to a few of the local boys whom he took under his wing for the next few days.

James who is also a farmer (a part of his multifaceted persona), had a great deal of observations to make about the agricultural practices followed by the Kumirmarians. The first was that the Kumirmarians use chemical fertilisers to grow their crops and that back at home, (in Rutland), they used only cow dung and leaf litter as fertilisers. This statement immediately had locals defending their use of chemical fertilisers saying that it increases yield per unit area to which James wisely nodded instead of getting into an argument.

Next, as it was the harvest season, he went on to enquire how threshing was done. In response, the locals showed us the manual threshing machine the community had acquired a few years ago.

James also collected some paddy to take home and plant. Rice in Kumirmari is grown once or twice a year and is partially dependent on the monsoon. A few of the fields are watered by shallow canals which are fed by the many ponds found on the island. They told us that every inch of the solid ground we walked on had been land filled by taking clay out of the riverbed. However, James had already come to this conclusion after noticing how all the mangroves seemed to be growing out of shallow water in the Sunderbans (a protected area) and that it did not look like there was higher ground anywhere nearby. He also noticed the lack of extremely tall or large trees which supported his theory that the ground had always been too swampy to support large trees. 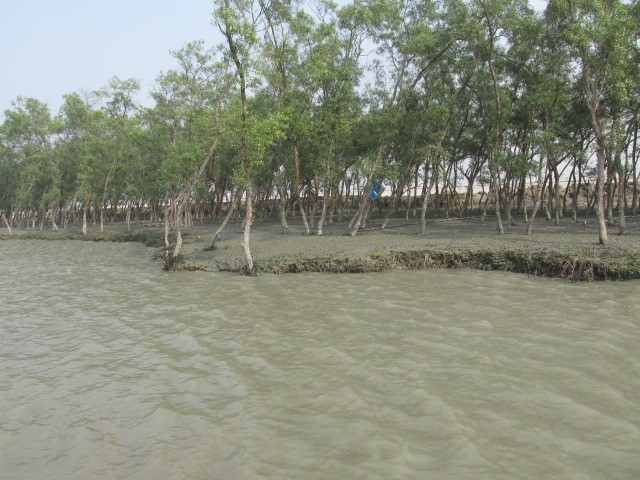 Mangroves (Avicennia sp.) along the Raimangal planted in a reforestation drive in an attempt to reduce erosion. 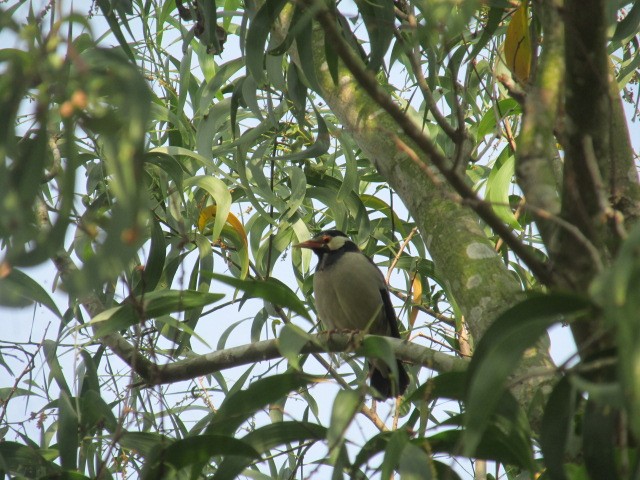