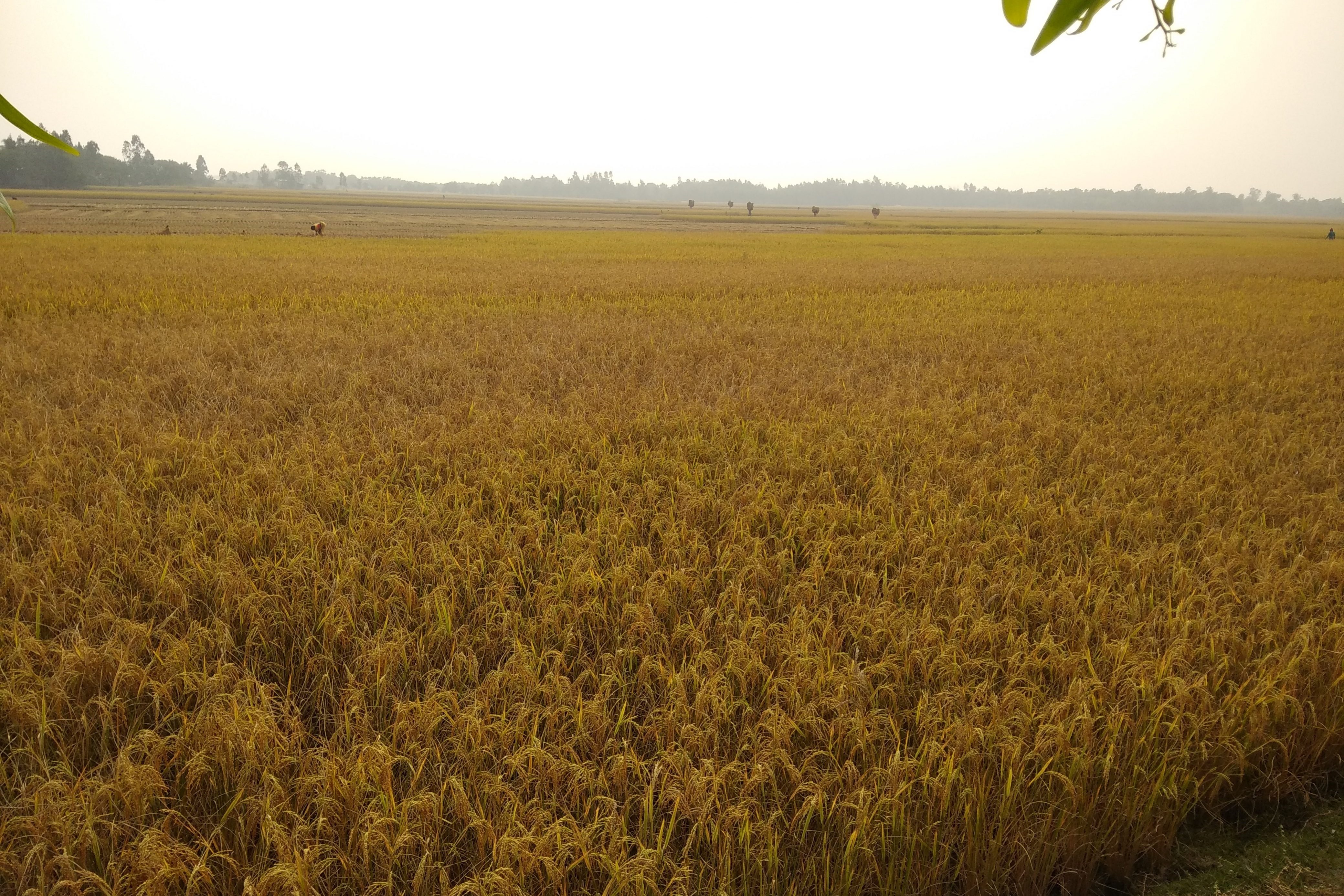 People from Kumirmari can be broadly classified into two types. The first type are landed farmers who grow rice and have 5 to 8 acres each, excluding the space in which their houses are built. These are the supposedly well-to-do half of the population. A huge part of their house is built using bricks and cement and includes a tiny room with a toilet situated about 50m away from the house. An extremely well-to-do house hold in Kumirmari is one which can boast of having their very own hand pump. Hand pumps are the only source of potable water on the island and houses that do not have them need to get their water from public hand pumps. These people rear cattle, goats, chickens and ducks.

The second type are the landed farmers who grow rice but have less than 1 acre each, including the space in which their houses are built. These are the not-so-well-to-do half of the population. Their houses are built from clay and bamboo. The roofs of their houses are thatched with hay, a by-product of their harvest. The houses may or may not include a tiny toilet which consists of an Indian toilet placed over a hole in the ground situated about 50m away from the house. These toilet areas have excellent air conditioning as they are open to the elements. Some of the fancier ones have walls made from bamboo poles and an old cotton saree. These people rear goats, chickens and ducks.

We did not find any specific fisherfolk on Kumirmari. People said that while farming is their primary occupation a few members from some of the families go out to sea on large trawlers and long liners. All houses in Kumirmari can boast of having one or more private ponds which are used for bathing, washing clothes and vessels, watering the vegetable garden and rearing ducks, fish and shrimp. Most families have their own kitchen garden where a delectable selection of melons and gourds are grown. There is no running water facility inside houses on Kumirmari. Most households have solar powered lights (used at night) and charging points for their phones.

The daily diet of a Kumirmarian consists of locally grown rice, vegetables harvested from their kitchen garden and fish caught from their very own pond. A fancy meal might include river fish caught from the Sharsha and Raimangal – the two rivers that flow around Kumirmari, chicken or mutton. Potato obtained from the local market is boiled or fried and used to garnish most dishes from curries to biriyanis. Soya chunks are the second most popular ingredient (the first being potato of course) used in a wide variety of gravy based dishes. The use of “powdered” spices is frowned upon. Freshly pounded ginger, garlic or turmeric is used to flavour fish. All meals are cooked over mud chulas. Dried cow dung cakes and hay is used as fuel as there is no wood (other than the mangroves) to be found on the island.

Vegetables are mostly boiled and then seasoned with a smattering of vegetable oil and panch poran (a mix of jeera, methi, saunf, ajwain and mustard). The use of mustard oil in their cooking, their preferred and traditionally-used oil, has been replaced by the cheaper vegetable oil over the past decade. A unique preparation that caught our eye (and pallet) was a stir fry made with flower buds of poi sag (Basella alba). 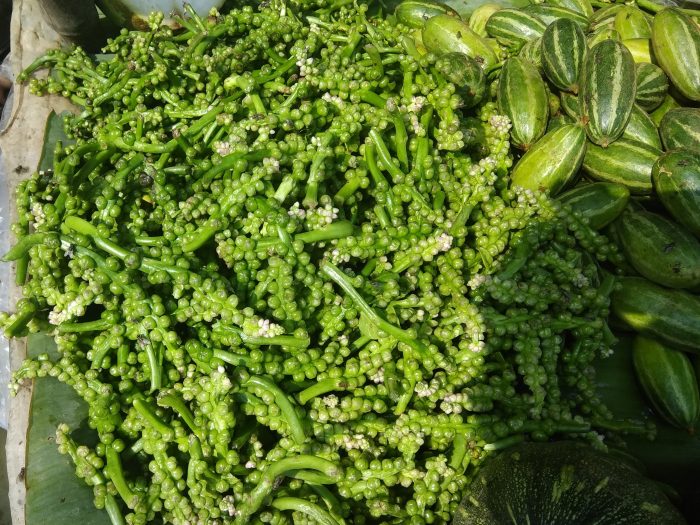 Next: Tales from Kumirmari: James & Co.