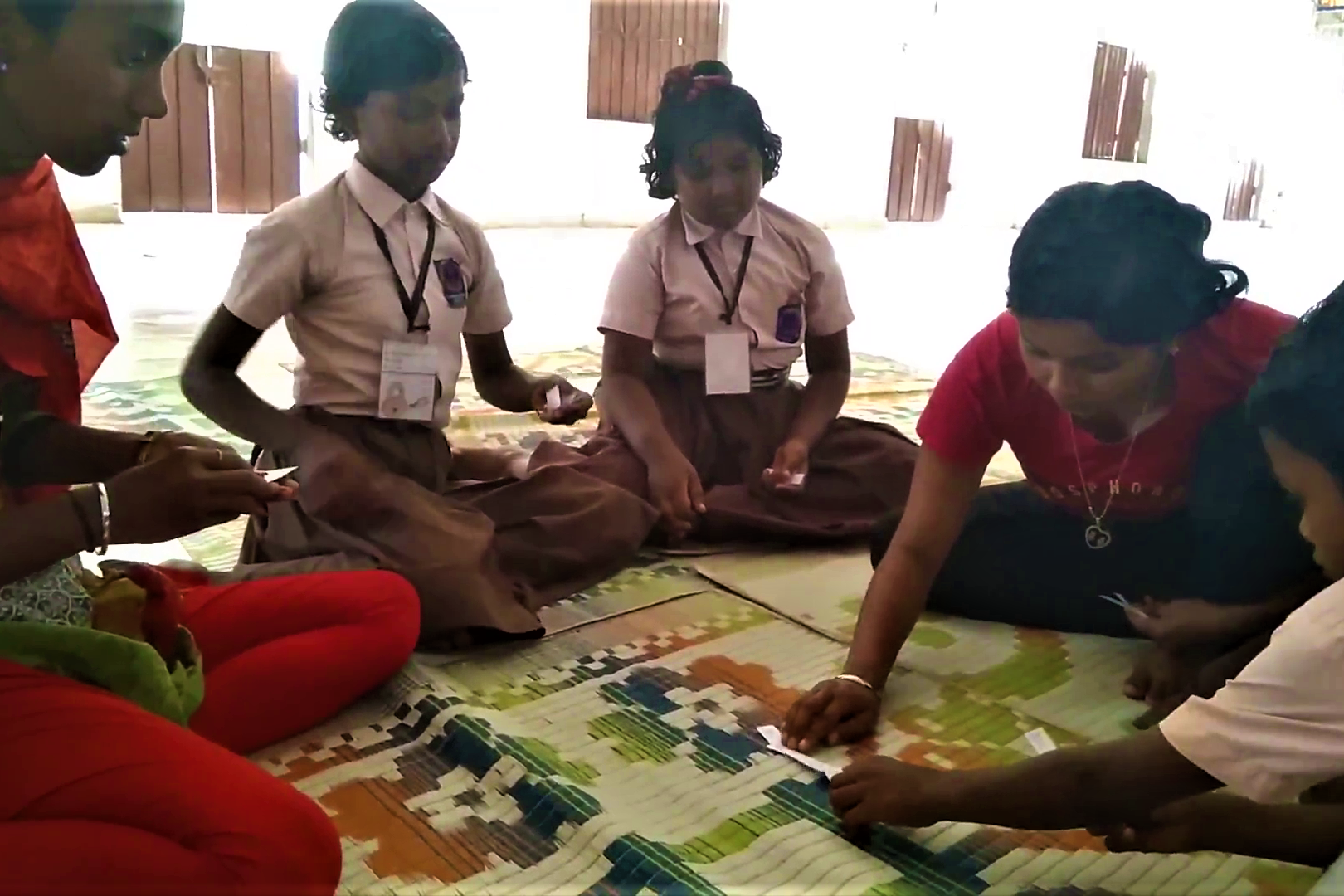 At the after-school learning programme, we have come to accept that change is not always dramatic. It often takes the shape of a very small, suddenly apparent step forward and signals a time to pause and reflect on what led up to it.

One Monday afternoon at the end of January, we broke our ritual of singing an action song to begin our class and played a game instead. This game – Kati Patang – starts with one person having to call out a colour that he or she “wants”; let us call this person the “colour-chooser”. This declaration sends everyone else into a mad scramble, looking for something of that colour to grab, hoping that the colour-chooser doesn’t nab them before then. Should your ill-fortune render you “nabbed”, then you become the colour-chooser, and what a stressful job that is!

Outside the classroom, you can be sure this game is played without children challenging each other to only name colours in English. But inside our classroom such bizarre conditions were commonplace. We had expected tepid success under the “English only” condition, hoping students could recall the names of at least seven colours (for some sessions, the opening song had been one about a rainbow) but what actually happened was far more surprising. They articulated colours like “light blue” and “dark blue” and even discerned “grey” from “silver”, correcting each other based on whether objects were  “shiny” or not!

Next, we played a clever variation of dominoes, as conceptualised by Jane Sahi in the Everyday English coursebooks. Our mixed clutch of children – one in class 3 and reading quickly and a student or two from an older class who usually had reading issues – huddled around the playing area. Each domino had a picture of an item of clothing – frock, pants, socks – on the left and the name of another item of clothing on the right. Based on the text on the right of the most recent domino played, children had to scan all their dominoes to find a picture of that item of clothing.  All but one (in a class of five) were able to read and even compete to put down their cards first while shouting out sentences like “I have a blue shirt!”

We found this so wonderful because all the stars – Opportunity, Competence, Challenge and Fun –  had aligned so beautifully. There was a rare, bubbling spontaneity in the responses from us and the children and we were so uninhibited, all experiencing it together!

We are looking forward to the next academic session because the whole idea of communicative language now feels so within reach!